1There shall come forth a shoot from the stump of Jesse,
and a branch from his roots shall bear fruit.

We've done a Jesse Tree the last three years during the Advent season. The kids love it and look forward to it. We all do, actually!

If you've never heard of a Jesse Tree, it is a visual story of Christ, tracing the need for redemption from creation, through the fall, judgment in the flood, seeing glimpses of Him in the prophets, in Jonah, Samuel, His lineage through the kings, etc. Generally, each day in Advent, a family has a passage to read from the Bible, and then an ornament to hang on their "Jesse Tree" that symbolizes the passage. For the prophets, we hang a scroll, for the psalmist David, we hang a harp, etc. As the days progress, the passages narrow into the time of His birth. The term "Jesse Tree" comes from Isaiah 11, the prophecy that a shoot will come out of the stump of Jesse.

I grew up hearing of the concept, as my elementary Sunday school curriculum had a special Advent series that uses a Jesse Tree. It wasn't a regular part of growing up, but I was exposed to it, and liked the idea. Adrian had never heard of a Jesse tree before, and when I first approached him with the idea he was skeptical, wondering if it would be shallow (like a lot of popular "family devotion ideas"), etc., but he agreed to give it a try a few years ago. He was definitely impressed after we did it ourselves and doesn't need any more convincing :-).

(On a side note, two other non-Jesse-tree resources that have similar themes of the entire Biblical story building up to the birth of Christ: I recommend Andrew Peterson's album "The Lamb of God," and also this short film by the Skit Guys. I gotta admit the Skit Guys butchered a much-beloved hymn - "Come, Though Long-expected Jesus" - but I like the film for the amazing progressive painting showing the story from creation to the birth of Christ.)

So basically, there is no exact "one way" to do a Jesse tree. If you search online, you will find different lists of passages and corresponding events/people/objects. Some lists stick strictly with the lineage of Christ, but most will delve into the prophets as well and other events that point to Christ. The main thing is to tell God's preparations for bringing His Son into the world.

I basically combined the best of several lists, if I remember correctly. I also chose to keep ours to 25 days, which allows us to start December 1st and end on Christmas. Some suggestions have more or fewer days. Here is what I ended up doing (much of this came from blog posts I cut/pasted from, but that was a few years ago, so I don't have the original links to share and can't remember how much I altered and what was original):

I also took pictures to show you the ornaments I made/obtained to go along with the passages. Once again, there is a lot of flexibility. For example, for your Jesse tree you can draw a tree on a poster board (which we've done before) and hang the ornaments on with thumb tacks. Or you can purchase an artificial mini tree to use each year for your Jesse tree. You could even just add the ornaments to your regular Christmas tree, though I think there is something special about having a separate tree. What we're doing this year is using a branch from our yard, stuck in a vase with rocks to weight it down and hold it erect. We'll hang the ornaments off the different twigs branching off of the main branch. We'll see how it goes :-).

For the ornaments, there are plenty of options online for printing off pre-made images and pasting them onto discs to make your ornaments. You can make or purchase objects/ornaments, collecting from various stores or using craft supplies you have. It's up to you. You'll see in the pictures that we kind of did a little of everything. I worked on collecting and making the ornaments over several weeks. I don't think I actually had to buy anything, but used a lot of what we already had. The lamb was a toy that I turned into an ornament. The harp was already an ornament, but I plucked off the bear that was attached. I made Joseph's coat from felt, Jonah's fish was an embellished washcloth that I converted, etc. I'm particularly proud of my Lego ark, I have to admit :-).

Don't feel like you have to have the "perfect ornaments" for it to be a meaningful experience. You can go easy with pre-printed options, and then you can always branch out and replace with more intricate ones as the years progress. There are a few we have that I'd still like to replace with "better" options if I find them, but I'm using what I have until then. For example, the three stars to represent the Abrahamic covenant. . . not exactly awe-inspiring :-P. I want to make/get something that has LOTS of stars, but I just haven't yet.

Also, you can use artistic license and decide that instead of a crown to represent Solomon, you want to use a mini replica of the temple. Or instead of a fruit to represent the fall in the garden, you could use a serpent or a little tiny tree ornament. Whatever. Use your imagination and work with what you have or can find/make easily :-).

Here is our current collection: 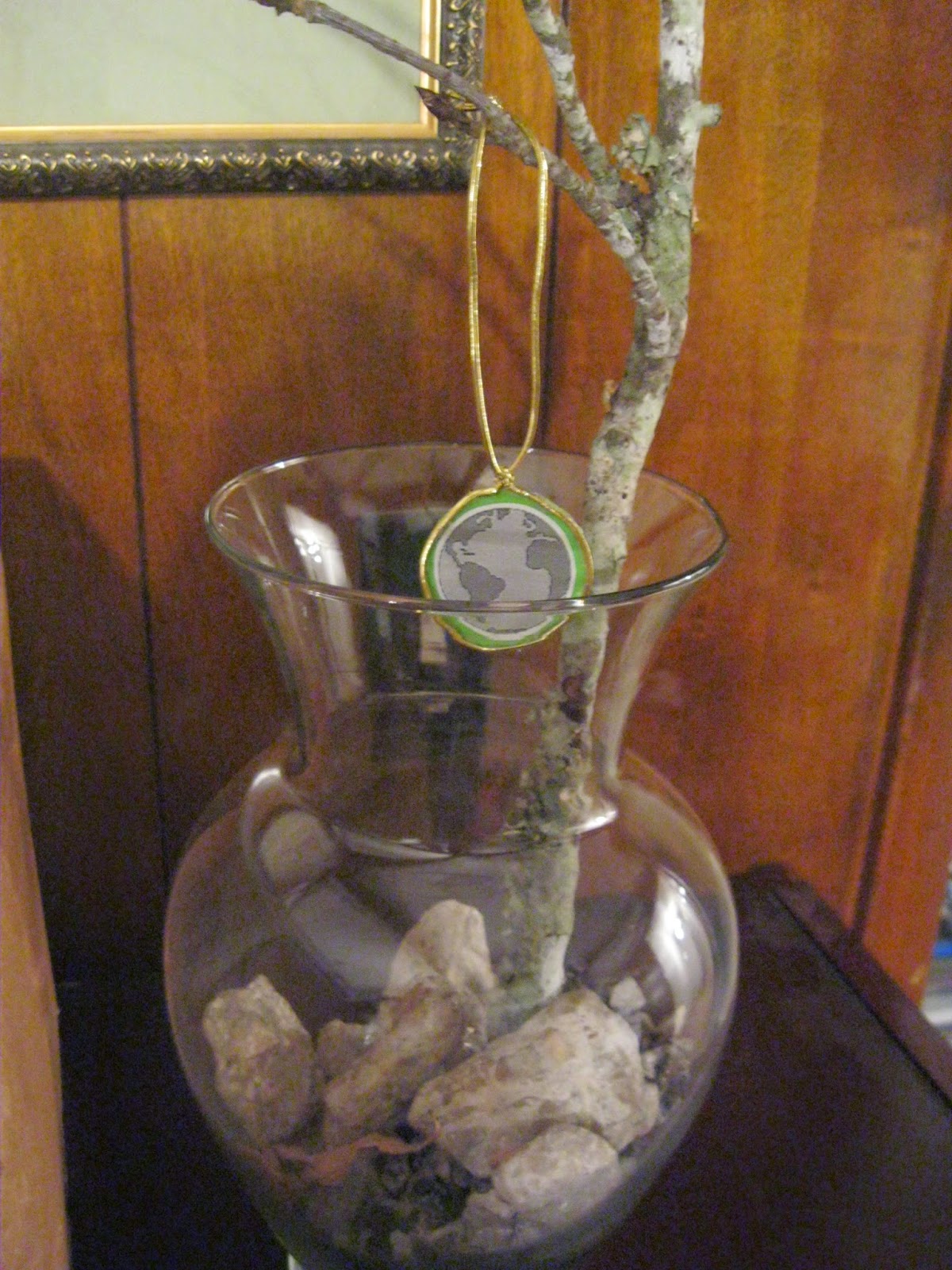 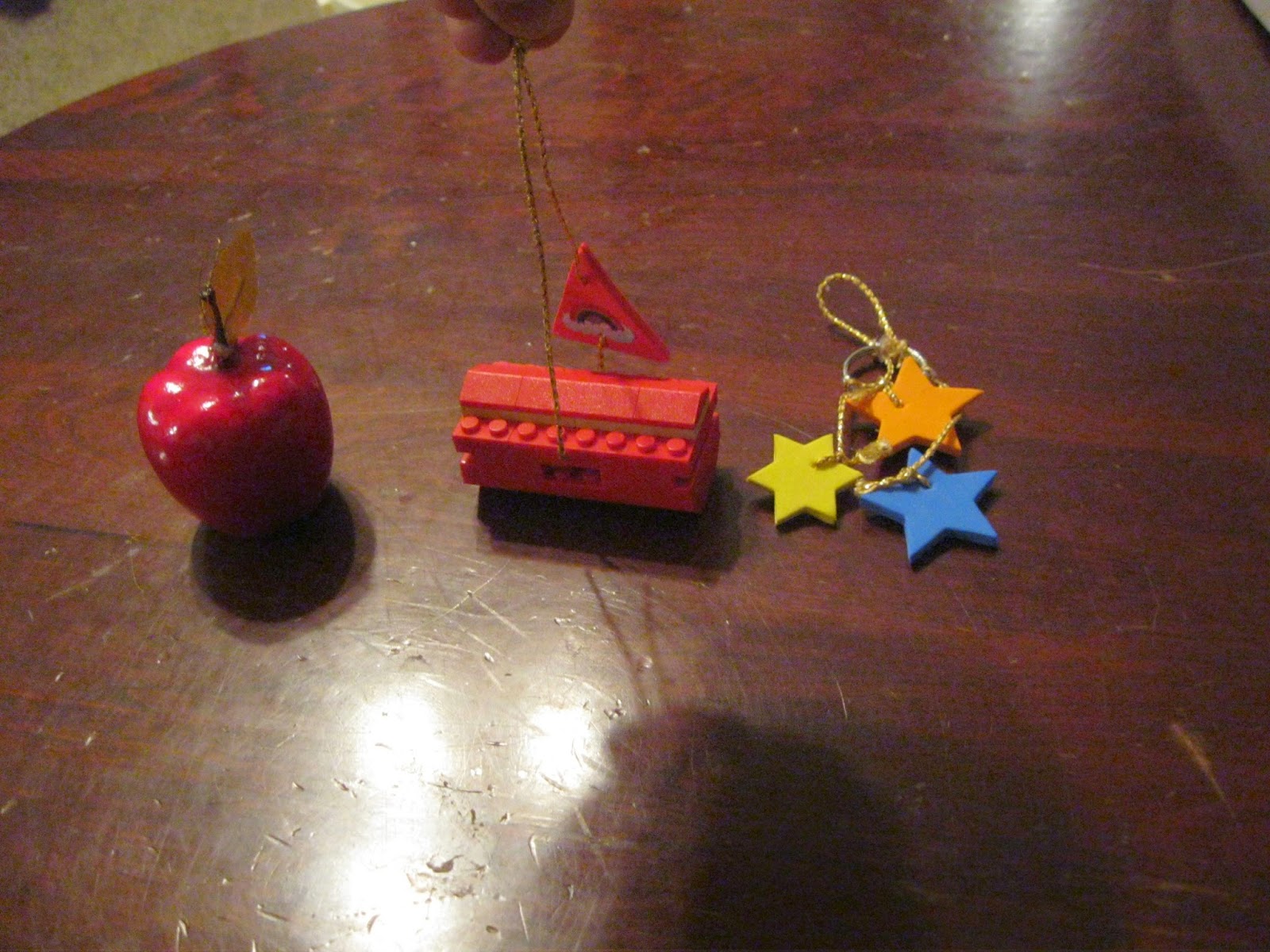 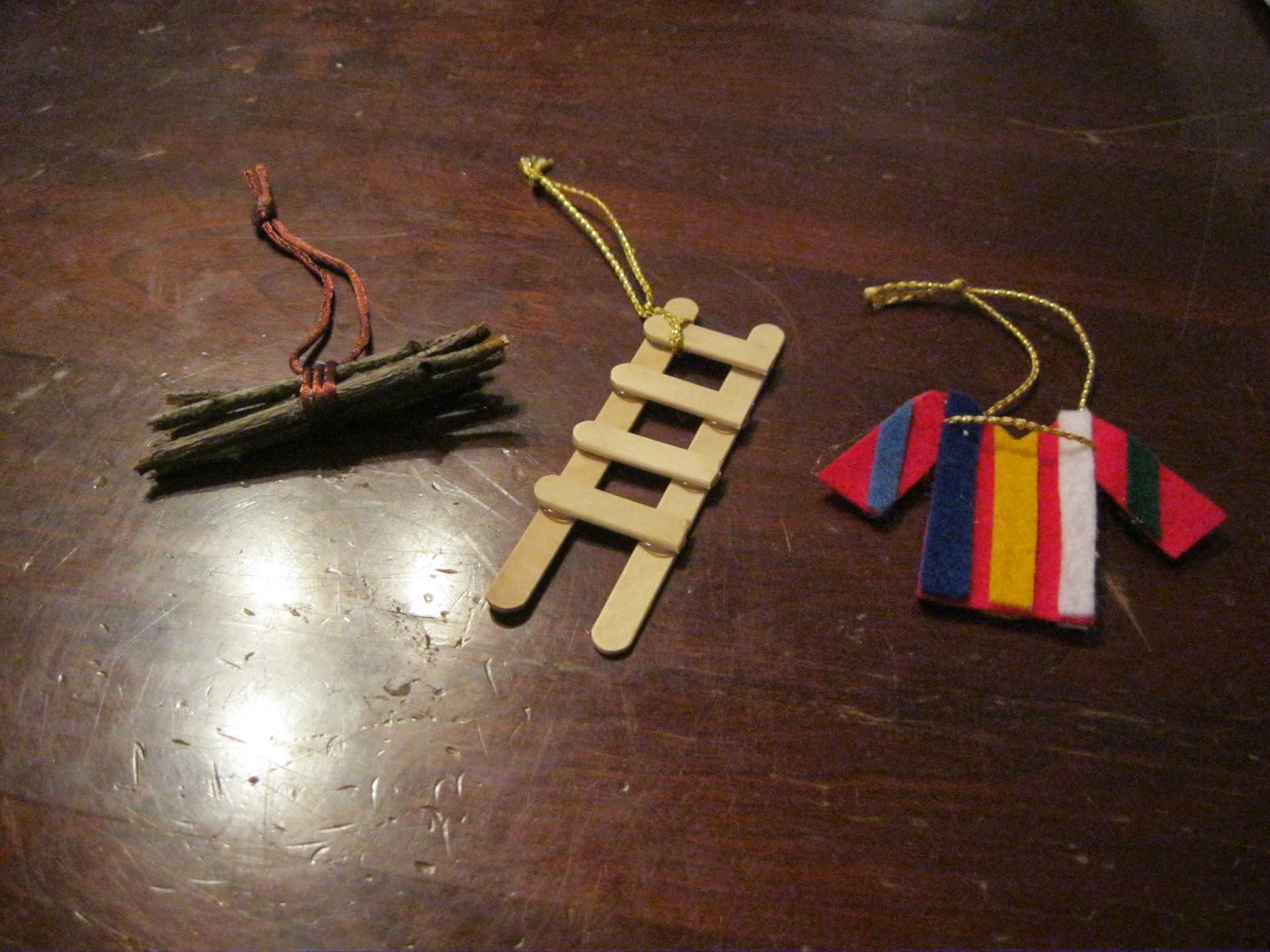 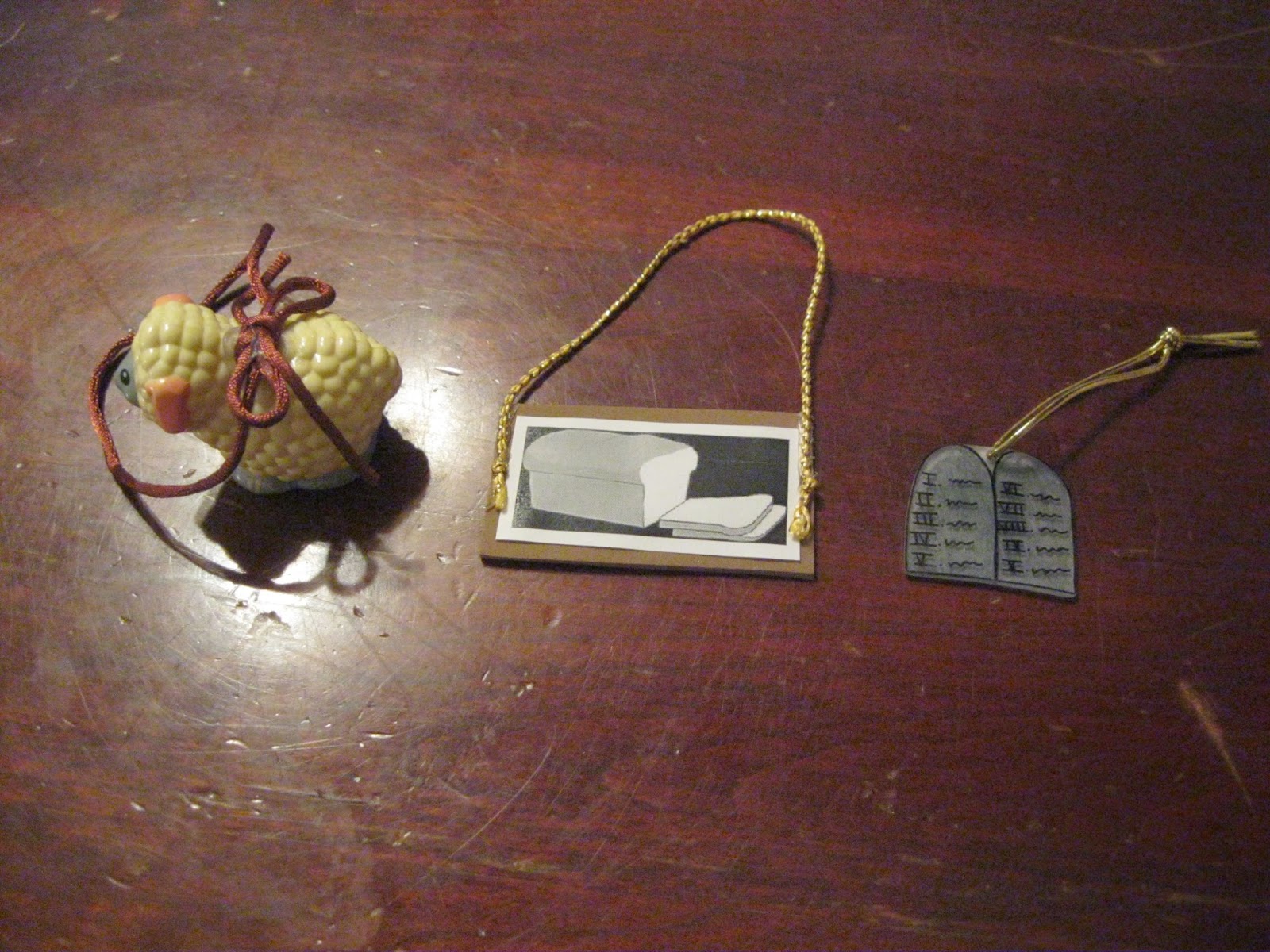 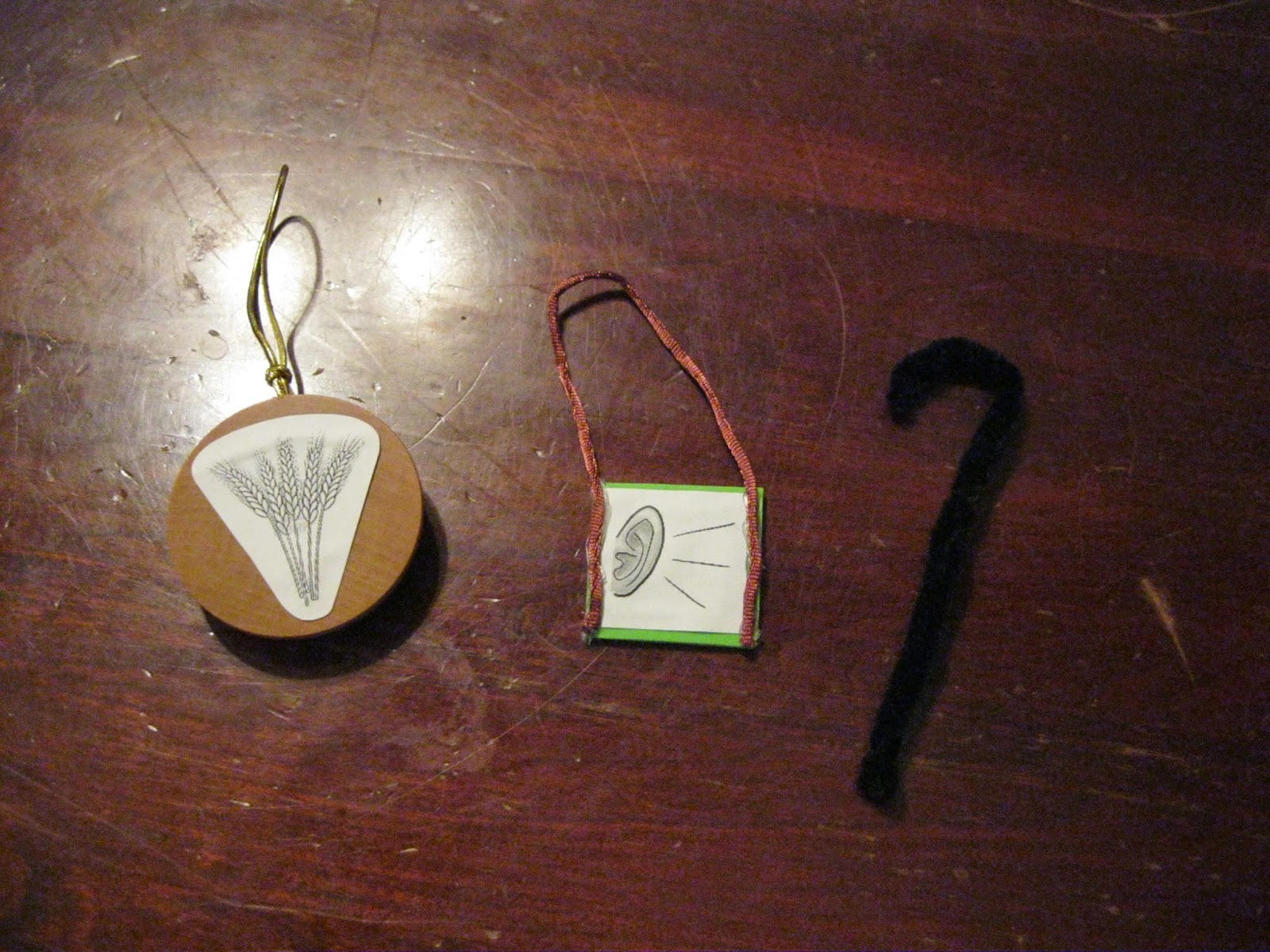 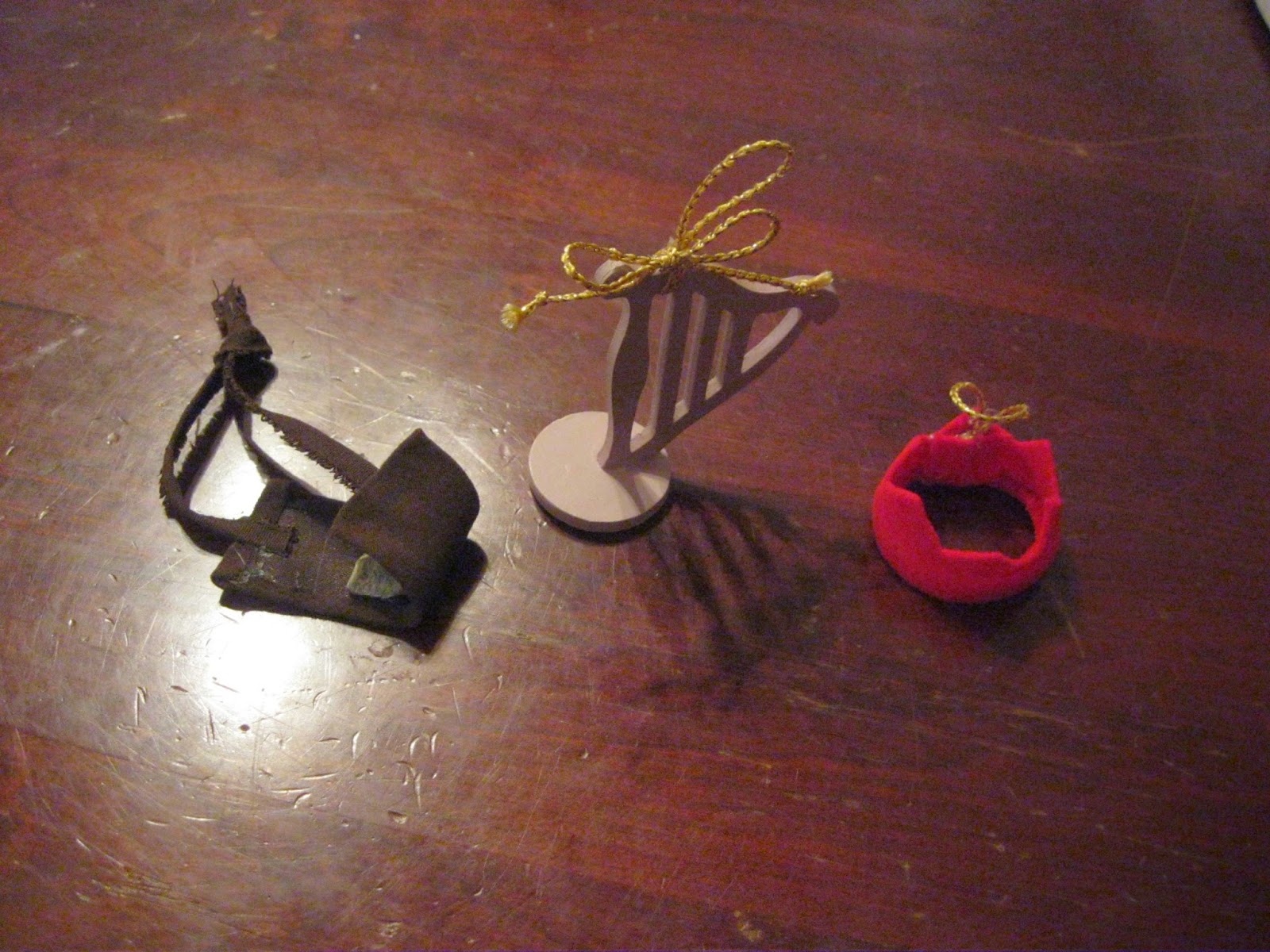 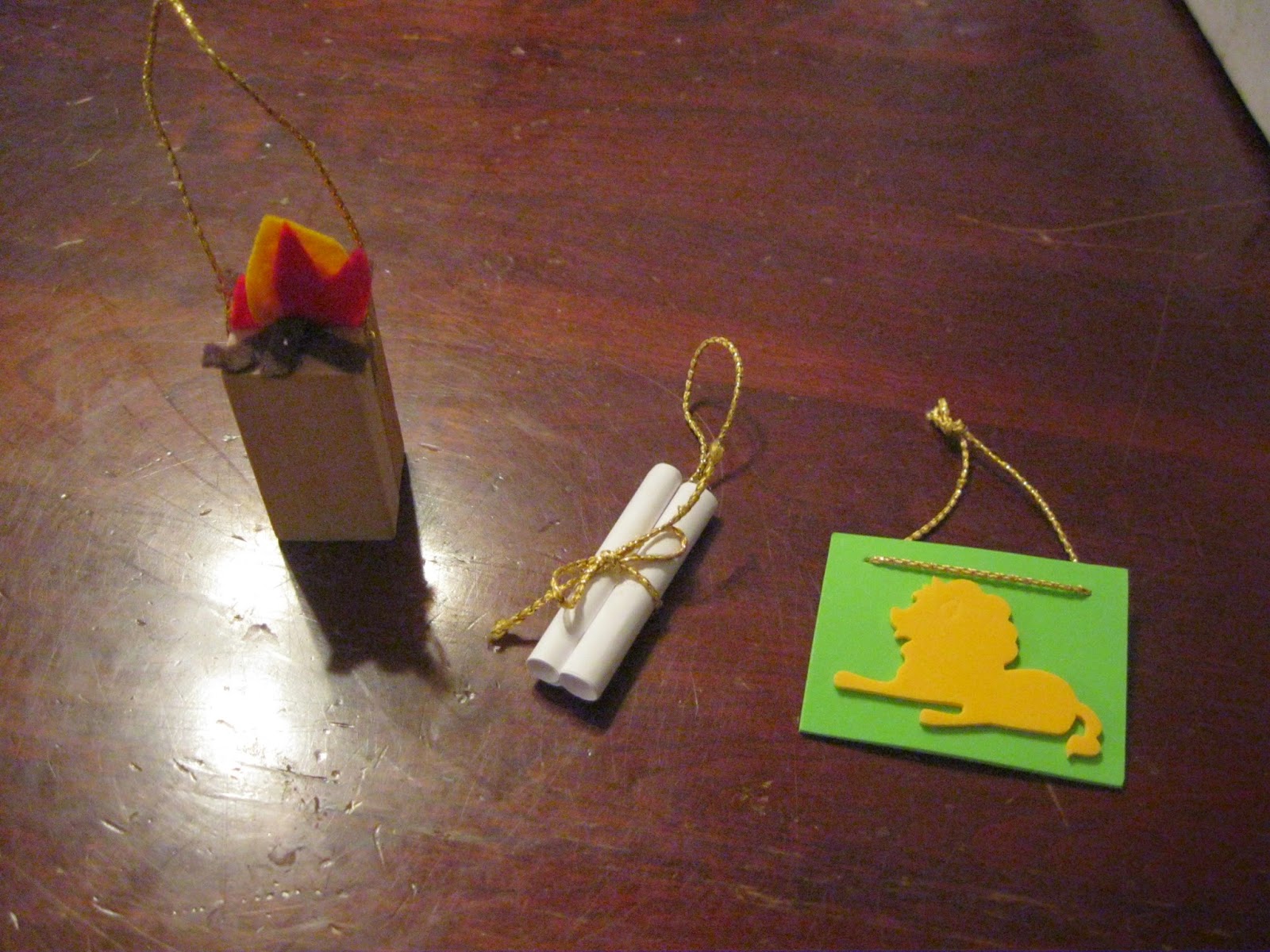 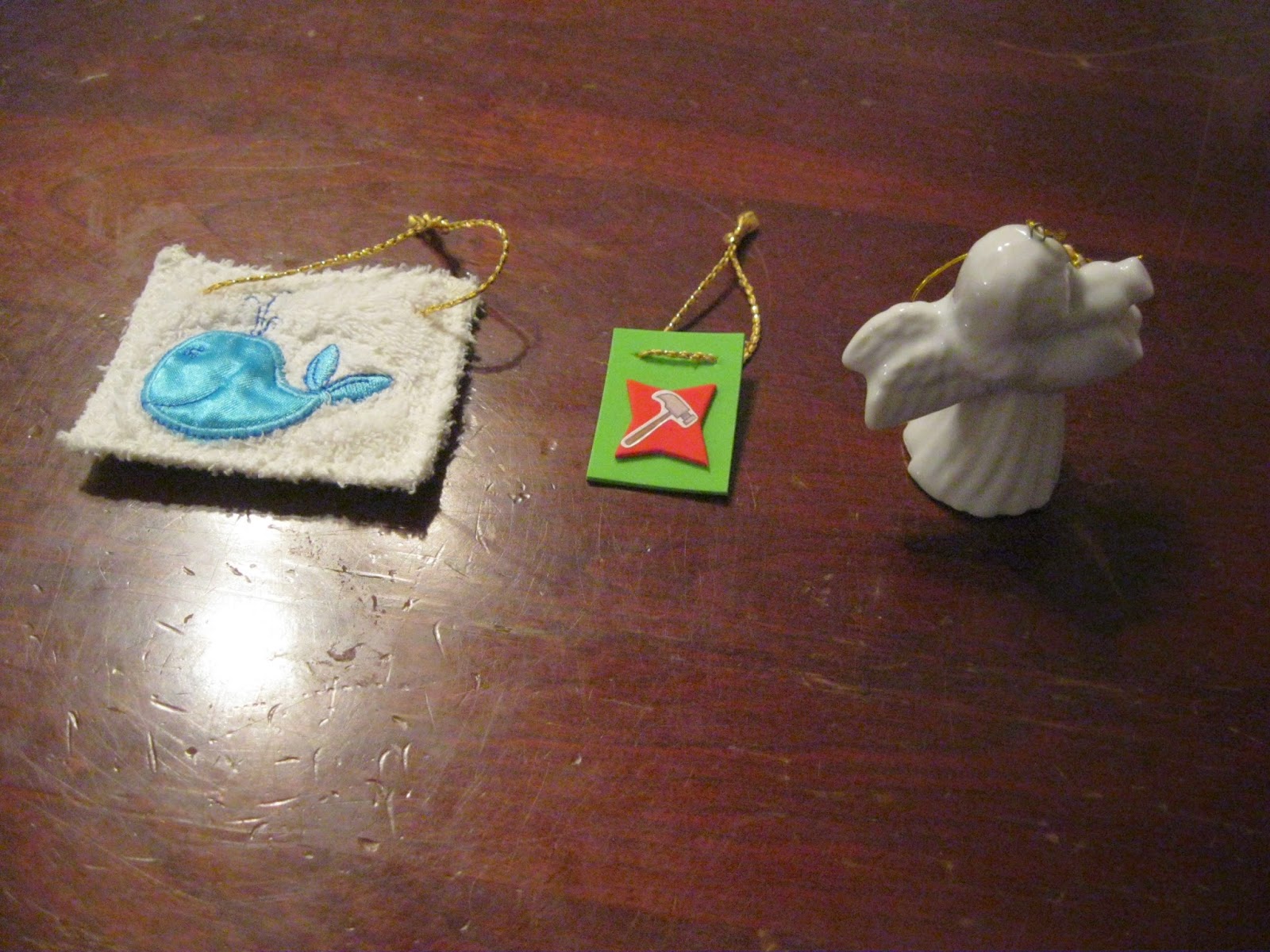 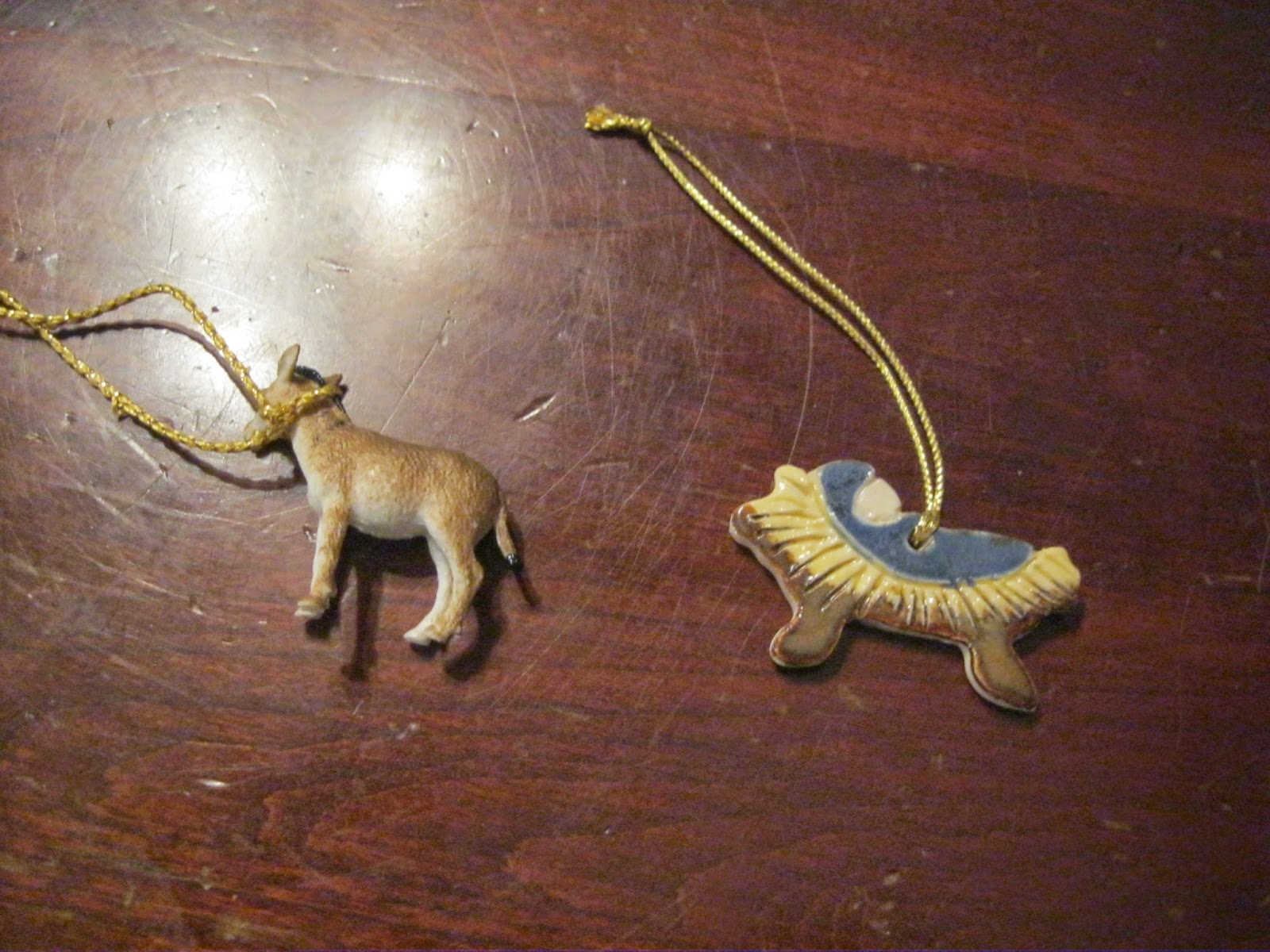